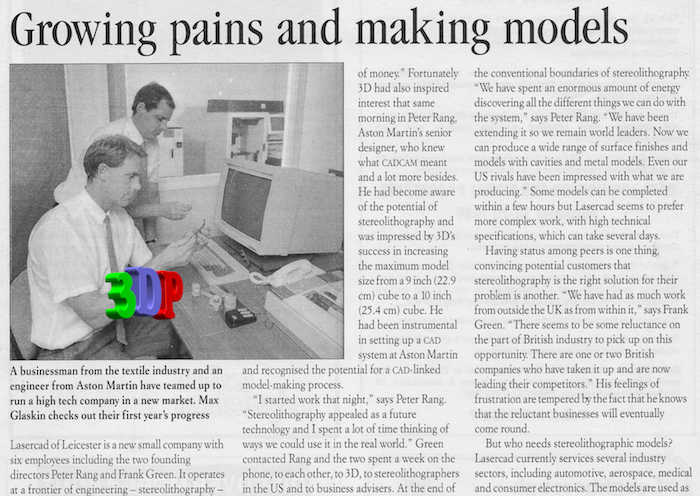 In 1989 Frank Green sets up the UK's first SLA service Bureau dealing with Rapid Prototyping resin models for many high tech companies in the UK and from Europe.

Brief but important moment in time!

The picture below is Oak Business Centre but back in February 1990 (when Jan Andrzejewski joined as StereoLithgrapher) it was Greenoak Knitwear.  Where the blue car is shown was the original entrance to Lasercad Precision Models Ltd.

The company did not last long with the breakup of Directors in November 1990, with the SLA machine stolen and relocated to another prototyping company.
In the photo below the building has gone through many changes and where the blue car is parked was the entrance to Lasercad. 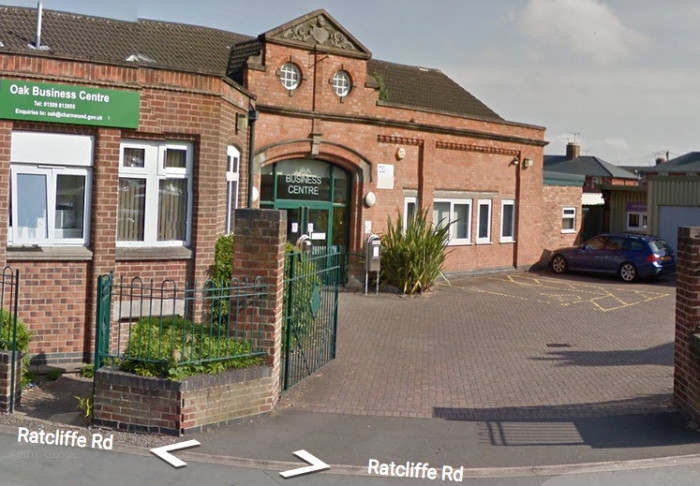